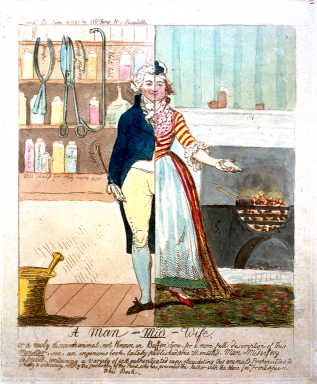 Man-midwifery got enough bad press in its day, in 18th century London. Smellie, Hunter, and their confreres have been amply vilified, justly or unjustly, for medicalizing the birth chamber. These chaps have since been heroes of the OB world on one side, and paragons of misogyny on the other. Without wishing to take sides, I couldn’t help but be amused by the latest assault on man-midwifery in the British press, particularly the online versions of The Guardian and the Daily Mail. It appears that New Zealander Don Shelton, writing in the Journal of the Royal Society of Medicine, now wants to paint them as serial murderers. Specifically, Shelton mounts the “case showing Smellie and Hunter were responsible for a series of 18th century ‘burking’ murders of pregnant women.” 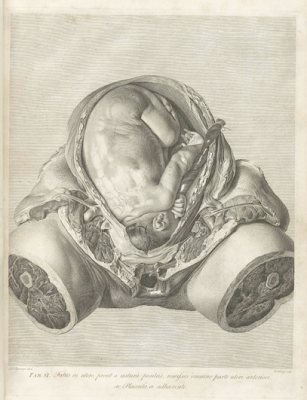 The anatomy of the human gravid uterus exhibited in figures, by William Hunter. London, 1774.


Shelton’s article is largely devoted to providing a statistical look at the supply of bodies, most notably of pregnant women, available for dissection in 18th century London. He concludes that “the chance of them [Smellie and Hunter] receiving an undelivered corpse was tantamount to nil.” Shelton then asserts that their only recourse “must” have been ‘burking’ and hence rendered them at least accessory to murder.


Since I’m a historian by background and training, I prefer more convincing evidence than John Hunter’s “implied admission.” Others have voiced the same objection. Shelton’s conclusions have sparked a somewhat testy debate, especially on the blog Georgian London. Wendy Moore, biographer of John Hunter, offers this assessment in her comments on the JRSM site: “So while it is not impossible that the women in Hunter’s and Smellie’s atlases were murdered (it is not correct to describe them as being ‘burked’ since that term did not come into use until after the Burke and Hare murders in 1827) it is not possible to make out a case based on laws of probability.”


Or perhaps I prefer the Scots law verdict invoked by Wendy Moore: Not proven.

p.s. – thanks to Christine and Marsha for the heads up on this one.