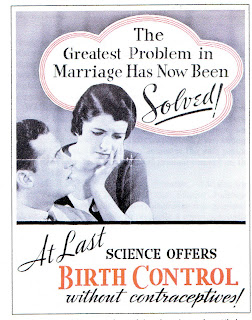 Learning through the artifact.

One of the great things about working with an important museum collection is that you’re always learning. And boy, with the Percy Skuy Collection on the history of contraception did we have a lot of learning to do! I’d like to share some of the fruits of that learning process by featuring a selection of objects, showcasing some of the more intriguing artifacts that are now on display in our thematic exhibition, Virtue, vice, and contraband: a history of contraception in America.

The Skuy collection is illustrative of several facets of medical artifact collections. First, most visitors are simply amazed at the variety of contraceptives, but this proves to be true of many medical technologies (viz: over 600 variants of OB forceps appeared from the 17th century through the 20th centuries). Contraceptives also provide evidence of significant scientific inquiry and innovation involved in medical technologies, although much of this is a 20th century phenomenon. And lastly, our work with the Skuy collection brought a fuller appreciation of a growing body of scholarship in this domain. These points are well illustrated by a curious set of objects: rhythm method calculators.

Frankly, when we started work on reinterpreting the Skuy collection, I didn’t expect to focus on the rhythm method, and its associated calculating devices. Oh, I knew about rhythm, thanks to my Irish-American mother-in-law, who saw to it that my wife and I got a packet from the Catholic Social Services agency where she worked in Wilmington, Delaware. The packet didn’t get read closely, and in time the packet ended up in the Dittrick’s collection around 1981.

So, as we mapped out the Skuy collection gallery, I expected to give only a passing nod to rhythm. But as we sorted through the collection quite a number of calculators surfaced, chiefly from the 1930s-1960s. This surprised me, and I looked into why so many such items existed and what they tell us about contraceptive technologies. 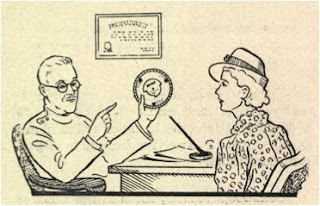 Conception is central to the human experience, yet for centuries the process remained misunderstood. Doctors giving contraceptive advice in the 19th century often recommended having sex only during the "safe period," when a woman was not ovulating. But before 1930 (and even after), most physicians misidentified the time of ovulation. By studying animal behavior, they thought women were "safe" from pregnancy at the midpoint of the menstrual cycle. This is in fact when women are most likely to conceive.

This changed markedly in the 1920s when Kyusaku Ogino in Japan and Hermann Knaus in Austria studied ovulation carefully. They concluded that it normally occurs from 12 to 16 days before the onset of the menstrual period. They also asserted that an unfertilized ovum had a brief life, probably less than a day. At last, it seemed, the “safe period” could be more accurately determined. And this precipitate a spate of inventive activity, with many calculators being designed, patented, copyrighted, and produced in the ensuing decades. 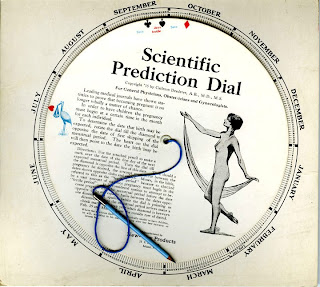 These developments are the subject of an important dissertation by Paula Viterbo, an editor on the Thomas Jefferson papers. Viterbo’s work is entitled "The Promise of Rhythm: The Determination of the Woman's Time of Ovulation and Its Social Impact in the United States, 1920-1940," State University of New York at Stony Brook, 2000; I also commend her article “I got rhythm: Gershwin and birth control in the 1930s,” that appeared in Endeavor in 2004. She kindly helped us by reviewing our exhibit section on rhythm, and attended the opening of the Skuy gallery last September.

In a coming post I will present some specific examples of these calculators that now appear in the Skuy gallery.

Posted by James Edmonson at 5:45 PM