lection of dermatology images – glass plate negatives (seen in original paper envelopes and cardboard boxes here, at left), photographs, and delicately hand-colored prints -- came to light at the Dittrick. It was literally buried in bookcases in my office, the Corlett Room. Corlett gave these images to the Dittrick more than a half century before, but no one had dealt with them in any fashion. 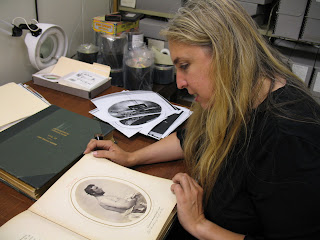 William Thomas Corlett (1854-1948), served as professor of dermatology (and later syphilogy) at Western Reserve University and at the close of a long career donated his rare books and clinical photos. During the summer of 2007 Dr. Paula Summerly studied this remarkable collection in detail, finding therein an amazing connection between Corlett and colleagues at the Hôpital Saint-Louis in Paris. She published her findings in the International Journal of Dermatology and I draw upon her scholarship that reveals the intriguing details.

Corlett studied skin diseases in London and Paris (1879-81, including a stint as dresser at the Hôpital Saint-Louis), and again in 1889 at clinics in Vienna, Berlin, London, and Paris. These experiences proved influential in Corlett’s career. He later turned to colleagues at the Hôpital Saint-Louis when preparing illustrations for his monograph, A Treatize on the Acute, Xanthamata…(1901). Corlett took the clinical photographs himself, and then visited Paris in 1899-1900 seeking the assistance of Felix Méheux (1838-1908). [for more info on Méheux's work, see the website of the French Society of the History of Dermatology -- be forewarned that it may take some navigation to get to the section on historic photography.] 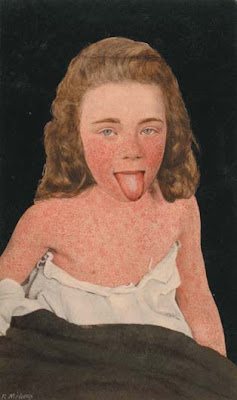 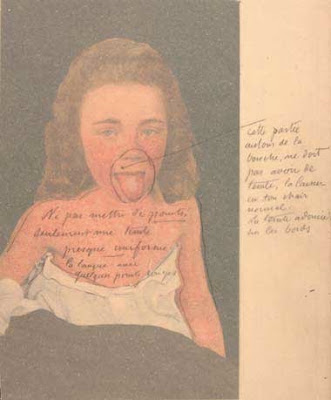 Photos tinted by Felix Méheux, the second with tissue paper overlay and editorial comments by Corlett.

Méheux, outstanding photographer and colorist at the Hôpital Saint-Louis, hand tinted the images to highlight the details and, according to Corlett, “in this way the most delicate shades of color have been given.” Summerly further observes that “Méheux’s coloring style is very reminiscent of that used in creating the three-dimensional wax dermatological moulages displayed at the Musee [des moulages] Hôpital Saint-Louis.” In his published Treatize, Corlett freely acknowledged that the printer had not done justice to the artistry of Méheux. He lamented that “the publishers, to cut down on the expense of production, had employed an inferior firm to reproduce the excellent colored photographs which I had taken so much pains to secure.” How many of us have shared such disappointment in our own illustrated works?

Nevertheless, this story demonstrates the importance, more than a century ago, of international collaborations. And it illuminates hitherto unknown connections between medical history collections in Paris and Cleveland -- who knew?

An additional important note: go the Dittrick's website, and see more Corlett images, and download the pdf of Mary Hunter's fine article on the collections of the hopital Saint-Louis. And be sure to see Joanna Ebenstein's images of the museum on flickr.

Posted by James Edmonson at 7:30 PM