I’ve enjoyed reading David McCullough’s The Greater Journey: Americans in Paris (2011), somewhat to my own surprise.  Not that he’s a bad author in any way, but I have sometimes been disappointed by the “history-lite” tone of some of his writing (1776 is the most flagrant example that comes to mind).

But The Greater Journey does not disappoint in this manner.  It delves into the experience of Americans drawn to Paris in the 19th century, including a legion of American medical students and doctors flocking to Paris between 1815 and 1860.  Having read John Harley Warner’s masterful Against the Spirit of System: The French Impulse in Nineteenth-Century American Medicine (2003), I fully expected McCullough to have simply creamed off the best of John’s work.  Somehow it didn’t read that way and I can heartily recommend The Greater Journey.  I was actually sorry to finish the book! Perhaps I’m a softy, however.  I spent a seminal year in Paris, researching my dissertation on a Fulbright, and I cherish very fond memories of that time. So McCullough’s book really resonates.

Additionally, it led me to uncover some marvelous views of medical Paris in the 1850s, as found in Tableau de Paris by Edmond Texier.  The first volume of Tableau appeared in 1852 and featured not only images of the school, but a glimpse of the lives of medical students, which I found utterly charming.  This remarkable work, issued in two volumes (1852-1853) by Paulin and Le Chevalier, featured 1500 plates engraved from drawings by  Blanchard, Cham, Champin, Forest, Français, Gavarni, Gérard-Séguin, J.J. Grandville, Lami, Pauquet, Renard, Roussel, Valentin, Vernet, and others.  Edward Valentin and Edouard Renard executed most of the medical school drawings. 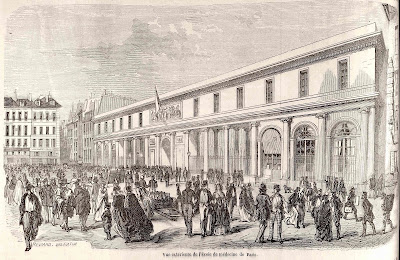 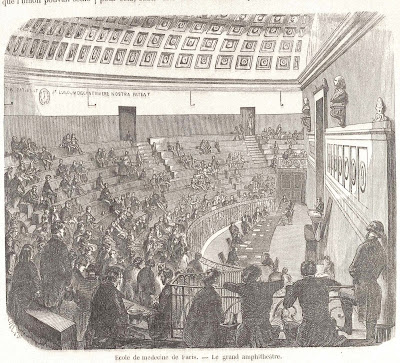 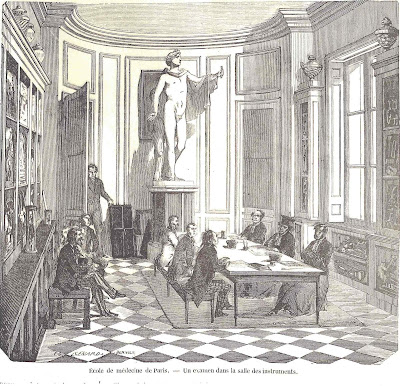 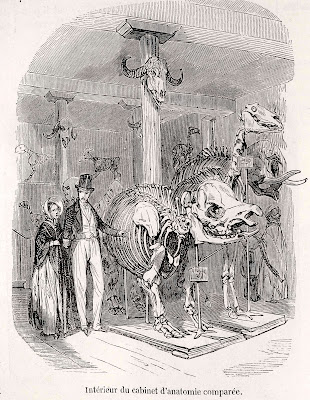 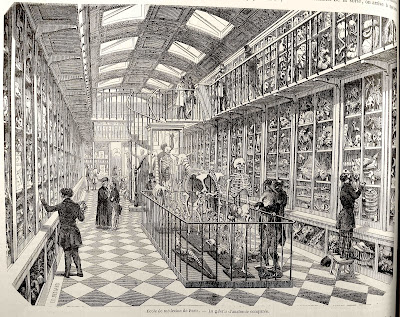 From the text, describing life outside the classroom, lecture hall, or dissection room:

Ordinarily the room of a medical student is found perched on a landing reached by a dark, winding staircase, which begins at the bottom of a narrow and obscure passage. It is furnished in patriarchal simplicity: bed, table, chairs, and also a wardrobe and a secretary usually covered with human bones. This is the look of the room of the young student: a full complement of mortuary ornamentation that serves as the teaching material for his profession. A skull serves as tobacco pot, another as a candlestick; bones pleasingly arranged as a cross or saltire.  The richest student possesses a child’s skeleton mounted by his own hand. But be not afraid. Laughter, joy, juvenile exuberance prevail in the middle of this funerary equipment. Sometimes you’ll see a woman’s hat sitting between a denuded tibia and the debris of a spinal column, or a shawl thrown carelessly on the table covered with bones, paper, and extinguished tobacco pipes.  But his usual occupations are so repulsive to the fair sex, that he must muster all his cleverness and mastery of amorous endeavor, if he hopes to overcome the disgust that always accompanies his medical matter. 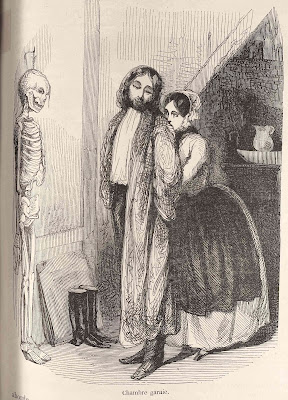 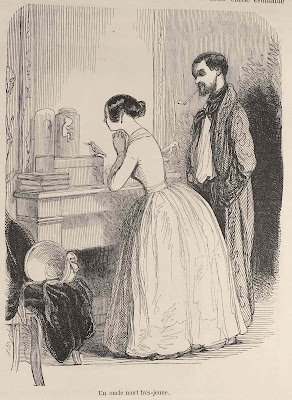 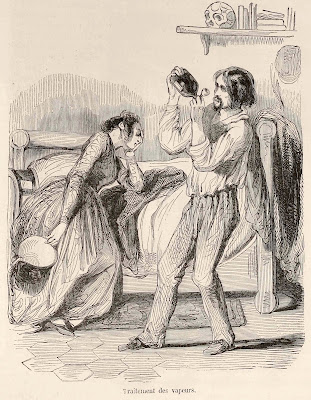 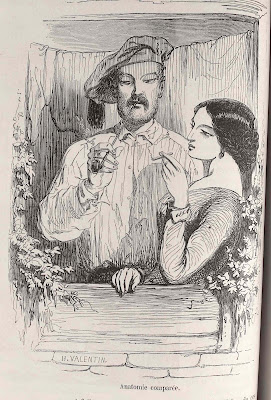 The hospital scene is also captured, notably the now long-gone Hotel Dieu that occupied the   Île de la cité, in front of Notre Dame, along the banks of the Seine. 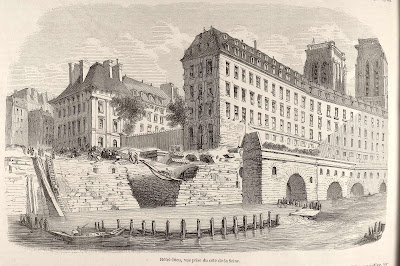 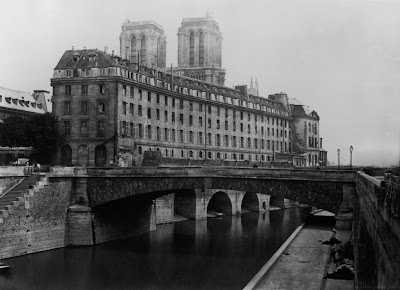 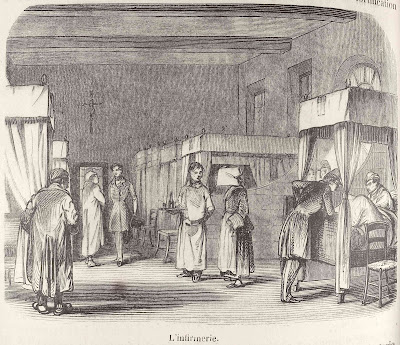 
Check out the great panoramas of the Grand boulevards of Paris, from the Bastille to the Madeleine, from Tableau de Paris, as seen in the blog by the rare book dealer Julien Mannoanni. 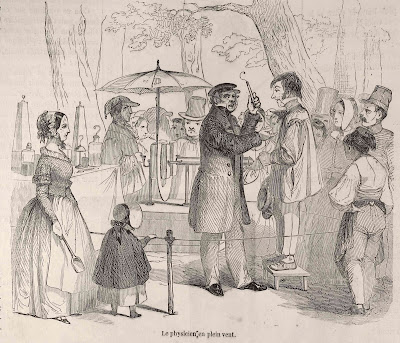