Sex education. For most Americans, these two simple words conjure up diverse images: the gym, the inept health teacher, the snickers, the embarrassment, and, most important, the confusion. Alexandra Lord will explore this topic at the Dittrick on Thursday January 27. Her lecture, Sleeping With Uncle Sam: Federally Funded Sex Education and the American Public documents a century long struggle to create sex education programs balancing both cultural and public health concerns. In doing so, she will explore how and why sex education -- a teenage rite of passage in America -- became such an explosive topic. 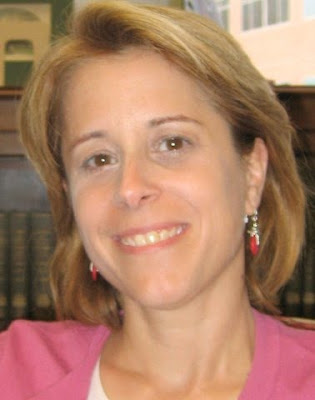 Alexandra Lord (PhD, University of Wisconsin) taught medical history and served as historian of the United States Public Health Service through 2007. In January 2008, she became the Branch Chief of the National Historic Landmarks Program, and serves on the Board of the National Council on Public History. Her latest book, Condom Nation: The U. S. Government’s Sex Education Campaign from World War I to the Age of the Internet (Johns Hopkins, 2010) won awards from the British Medical Association as the best popular book on medicine and as the best book furthering public understanding of medicine and science. 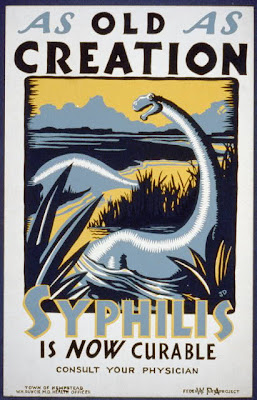 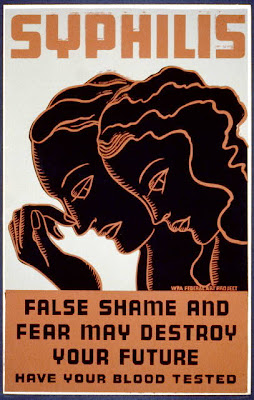 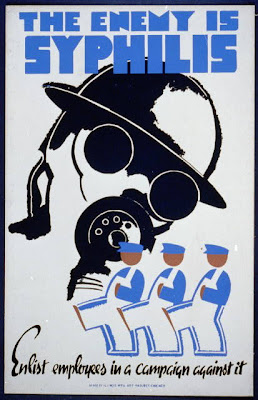 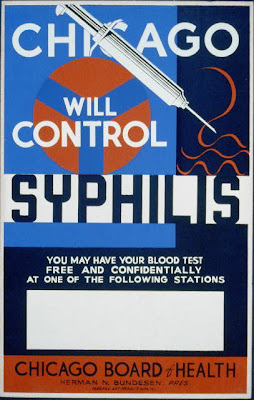 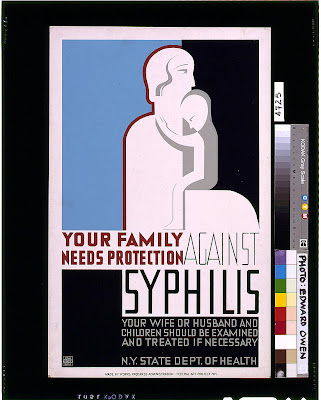 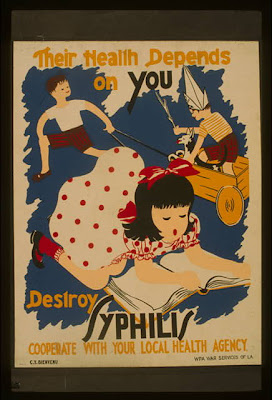 Inspired by Alexandra Lord’s visit, the Dittrick staff, in association with CIA student Stephen Buehrer, has prepared a temporary exhibit, The Art of Prevention: Venereal Disease Posters, 1935-1950 in the Castele Gallery. The U. S. Public Health Service and the privately operated American Social Hygiene Association, commissioned artists working under the WPA (Works Progress Administration) to design posters for their campaign against venereal disease. The lithographed posters, mostly produced from 1936 to 1942, were distributed by state and local boards of health, and public health and safety programs. Digital copies of posters came from the Library of Congress, the Wellcome Library, and the American Social Hygiene Association archive at the University of Minnesota. The images seen here are from the Library of Congress.

See also the online exhibit The Enemy in Your Pants. The military’s decades-long war against STDs. By Elizabeth Gettelman and Mark Murrmann.

Posted by James Edmonson at 1:05 PM