From its inception, the condom has been a morally ambiguous object. Does it serve to prevent the spread of sexually transmitted disease, or is its chief function birth control? Well, either or both, actually. Its meaning and significance are socially constructed.

For the Handerson Lecture by Alexandra Lord on January 27, we prepared an exhibit of WPA era anti VD posters, 1937-43, curated by CIA biomedical art student Stephen Beuhrer. Additionally, Dittrick staff mounted a display of condom containers from the Skuy Collection dating from this period and these artifacts document important changes in condom manufacture and marketing. The 1930s and 1940s witnessed the rise of latex condoms, the beginnings of FDA testing, and a consequent shake-up of the condom making trade, leaving Julius Schmid and Youngs Rubber as dominant in the American marketplace. 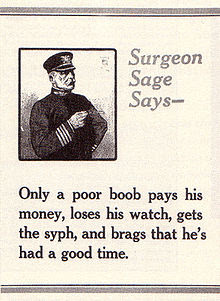 During World War I American soldiers and sailors were counseled to keep clean and abstinent on their furloughs. If and when they had sex, they were issued small “Dough-boy Prophylactic” kits containing mercurial ointment for post-coital cleanup.

More widespread use of the condom began with a landmark case involving Margaret Sanger and the first birth control clinic in Brooklyn, New York. In 1918 Judge Frederick Crane of the court of appeals of New York affirmed the legality of contraceptives used for disease prevention. Before that time the Comstock Act had effectively criminalized birth control, including the condom, by banning the distribution of contraceptive information. The Crane decision neutralized the Comstock Act, at least with regard to condoms. 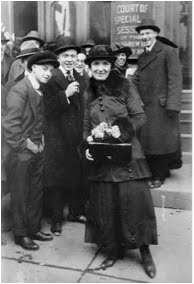 This gave condom makers their marketing slant in the 1920s and 30s: stress the disease preventive qualities of the condom, with only a wink at its contraceptive purpose. And make them available only through “ethical” druggists.

Julius Schmid, a German immigrant, first started making condoms (both skin sheaths and rubbers) during the black market era of Comstock. By 1930 he could openly register the trademark names Ramses and Sheik with the U.S. Patent Office, and the condom business made him a millionare. 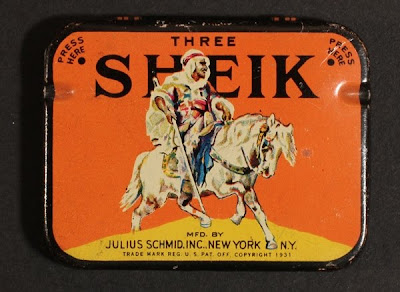 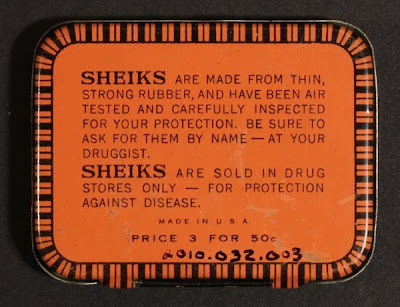 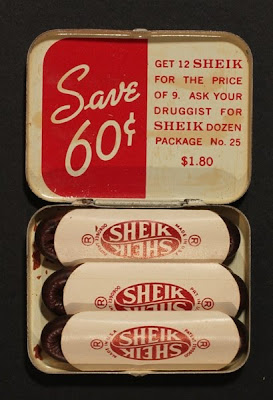 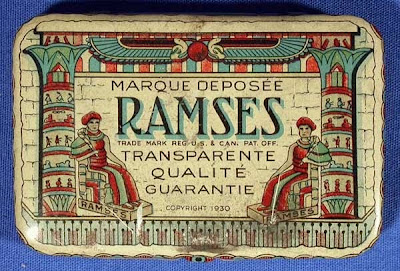 The imagery of Egypt and Saudi Arabia might well have been inspired by the popularity of Rudolph Valentino and his dashing role in The Sheik (1921). 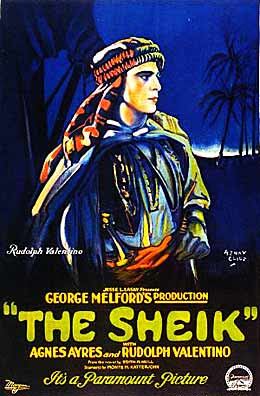 Youngs Rubber began condom manufacture in 1916, started selling Trojan condoms in 1920, and trademarked the brand in 1927. A tough battle in the courts to protect the Trojan brand effectively legitimized condoms for disease prevention. 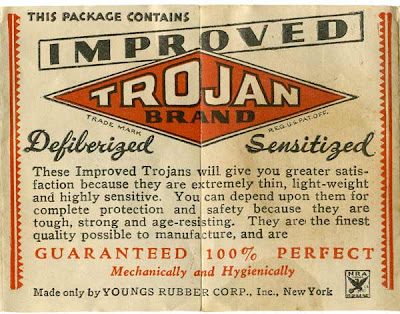 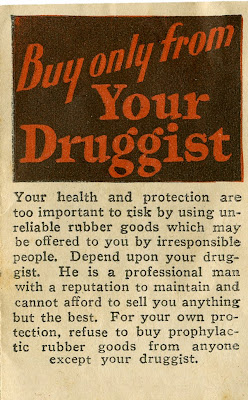 A real turning point, coincident with the WPA era anti-syphilis campaign by the U.S. Public Health Service and the American Social Hygiene Association, came with FDA testing of condoms. In 1937 FDA announced intent to begin inspections, which commenced in January 1938. Quickly, the leaders Schmid and Youngs rose above other brands, buoyed by their superior product and quality control. Arthur Youngs of the Trojan brand introduced a condom producing machine that did testing as an integral part of the manufacturing process.

Many condoms made by other companies, notably Texide and Dean, had an unacceptable failure rate, leading to the cessation of production by those companies between 1938 and 1941. That effectively left the field to industry giants Schmid and Youngs. 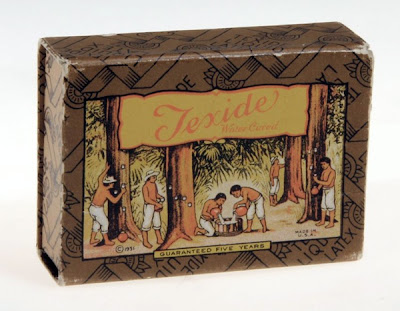 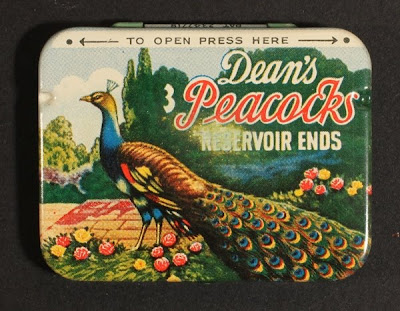 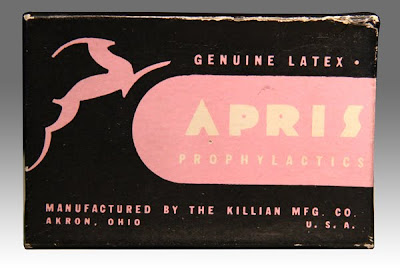 Celebrating Condom Week at the Dittrick.

Just around the corner we have a couple of events for Condom Week 2011. On Monday February 14 Science Cafe Cleveland wlll present Cloaking Cupid's Arrow: contraception and reproductive science at Great Lakes Brewing Co. I'll be talking about the history of contraception and my friend Tony Tizzano, M.D., will discuss contemporary reproductive science and technology. Join us! Drinks start at 6:30PM in the Tasting Room of GLBC at 2701 Carroll Avenue, off West 25th near the Westside Market. Program starts at 7:00PM

And earlier in the day on the 14th, tune into The Sound of Ideas on WCPN, Cleveland's NPR affiliate. Tony and I will discuss the history and science of contraception. Listen to the live audiostream on 90.3 FM beginning at 9:00AM. 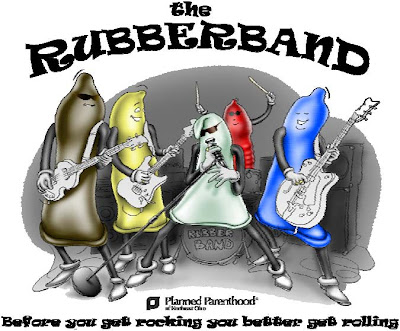 Then, on Saturday February 19 Planned Parenthood of Northeast Ohio is hosting National Condom Week Party at the Dittrick, from 6 to 8 PM. See the PPNEO website for details.

p.s. - there's plenty written on the condom, but not much good cultural history. Here are some exceptionally thoughtful and interesting offerings:

Paul Jobling, "Playing Safe: The Politics of Pleasure and Gender in the Promotion of Condoms in Britain." Journal of Design History 10 (1997): 53-70.

Posted by James Edmonson at 1:45 PM