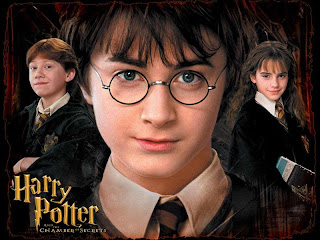 The Chardon Public Library, a branch of the Geauga County Public Library, will be hosting the traveling exhibition, Harry Potter’s World: Renaissance Science, Magic, and Medicine from April 27 to May 21. This exhibit was curated by the National Library of Medicine staff, in collaboration with medical history consultant Mark A. Waddell.

Harry Potter’s World features the NLM’s distinguished History of Medicine collections.*** The distribution of Harry Potter’s World is being coordinated by the American Library Association (ALA) Public Programs Office, in alliance with the NLM, and the Chardon Public Library is one of twelve public libraries to host this exhibition nationwide, as noted in a local paper. Credit for this goes to Chardon Library Manager Judi Smith.

According to the ALA site :

Using materials from the NLM’s History of Medicine collections, the exhibition explores Harry Potter’s world, its roots in Renaissance science and the ethical questions that affected not only the wizards in J.K. Rowling’s books, but also the historical thinkers featured in the series. Exhibition panels feature the works of 15th- and 16th-century alchemists, naturalists and occultists and explore the intersection between the Harry Potter novels and Renaissance thinkers, lore and practices. 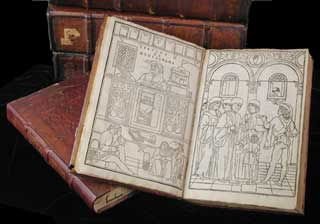 Books from the Nicolaus Pol collection at the Dittrick.

The Dittrick staff, along with colleagues of the Cleveland Health Sciences Library (CWRU), are supporting the Chardon showing of Harry Potter’s World by mounting a complementary display of rare books from our collections that touch upon themes and topics addressed in the exhibit. 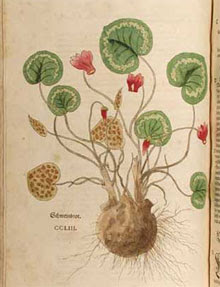 Because the NLM’s rare books featured in the Harry Potter World cannot travel, the exhibit is composed of graphic text labels and digitally reproduced images taken from the books. The Dittrick display will feature actual period books, medical and scientific works from c.1470 through the 17th century. The core display will highlight medical and scientific knowledge as embodied in the library of Renaissance doctor Nicolaus Pol (d.1532), physician to the Holy Roman Emperor Maximilian. To more closely complement Harry Potter World, the remainder of the rare books on display will focus on wonders of nature, freaks and oddities, alchemy and chemistry, and on medicinal plants and herbals. 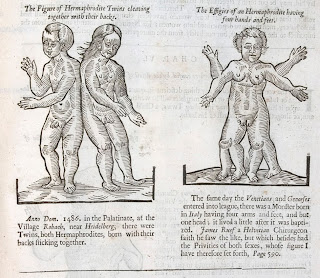 Ambroise Paré. The Works of that famous chirurgion Ambrose Parey, translated out of Latine and compared with the French, by Th: Johnson. London, Printed by Th. Cotes and R. Young, 1634.

If you’re in the area, stop in to see the display, which will be presented in the Cushing Reading Room on the second floor of the Allen Medical Library, home to the Dittrick.

*** Little known fact: the rare book collection of the National Library of Medicine (formerly the Library of the Surgeon General's Office, later called the Army Medical Library) resided in the Dittrick Museum’s main gallery from 1942 to c.1959 – a wartime expedient that dragged on longer than initially expected. The presence of the collection stimulated local interest in medical history, and led to the hiring of Genevieve Miller as the first historian (indeed the first woman PhD in medical history in the US) at the helm of the Dittrick in 1960.