Juno comes to the Dittrick 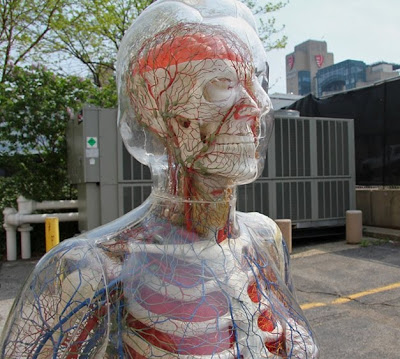 Just this past week the Dittrick became the new home to Juno, a transparent woman figure and exhibit mainstay of health museums worldwide. Our Juno lay entombed in her original packing crate, having been shipped to Cleveland from the German Hygiene Museum in Dresden in the early 1950s. Its destination was the Cleveland Health Education Museum (CHEM), which opened in 1940 under the direction of Bruno Gebhardt (formerly of the German Hygiene Museum, 1927-35) and featured state-of-the-art health exhibitry, including Juno. 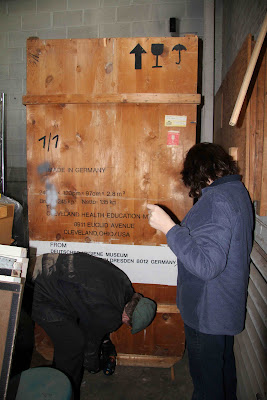 Jim Edmonson and Linda Spurlock
take stock of the situation. 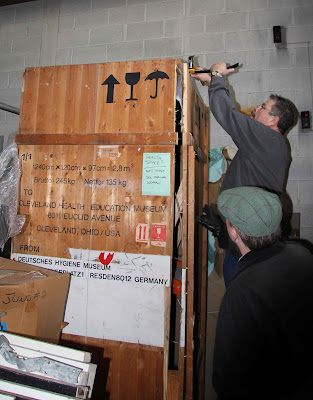 Franz Tschaikart of Cologne, Germany, crafted Juno upon commission by the German Hygiene Museum. In 1950, a friend of the Health Museum paid $15,000 to bring Juno to Cleveland. "She" first appeared in public on November 13, 1950. 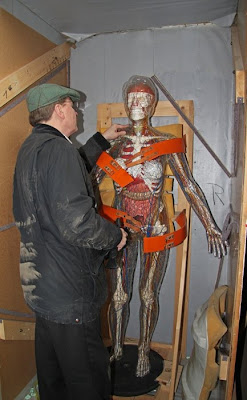 In all, the CHEM housed three Juno-like figures. Over the years they became a Cleveland icon, greeting generations of school kids on field trips to the museum. Sadly, CHEM (later known as HealthSpace Cleveland) closed in 2006 and a vestige of its exhibits and staff came over to the Cleveland Museum of Natural History in 2007. There, as the Department of Human Health headed by Linda Spurlock, they now now offer programming and exhibits to help understand the physiology and frailty of the human body, the sources of disease and the grounding of wellness. Another Juno welcomes museum visitors there. 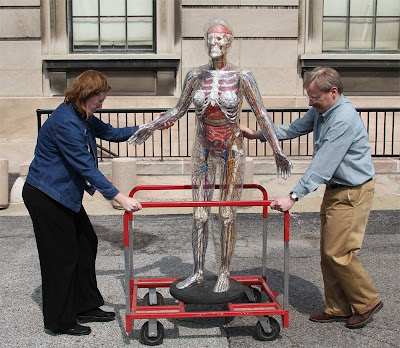 Our Juno was a backup, but now will greet visitors to the Dittrick as they exit the elevator on the third floor of our home, the Allen Memorial Medical Library. We'll use our Juno to discuss Cleveland's museological heritage, and announce our continuing commitment to showcase issues surrounding women's health.


p.s. - I refer those intrigued by Juno and her male counterparts to Klaus Vogel’s article, “The Transparent Man – Some comments on the history of a symbol,” in Robert Bud, et al, Manifesting Medicine: Bodies and Machines [Artefacts, Studies in the History of Science and Technology , Vol 1], Amsterdam, the Netherlands : Harwood Academic, 1999.
Posted by James Edmonson at 1:30 PM